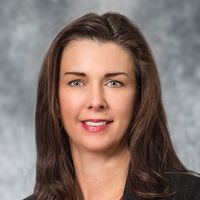 Sarah A. Clarkson is the founder and principal Member of Clarkson Law, PLLC of Grosse Pointe, Michigan. Sarah previously held the position of Member (Partner) of the law firm of Biber, O’Toole, Fowler & Clarkson, P.L.L.C., in Troy, Michigan and served as General Counsel to Osprey, S.A., Ltd., a full service commercial real estate company based in Brighton, Michigan. Ms. Clarkson represents privately held businesses in a number of industries and her practice is devoted to commercial and real estate transactions and business law, with special emphasis on mergers and acquisitions, start-up entities and commercial real estate transactions.

Ms. Clarkson was recognized by Michigan Top Lawyers as a “Top Lawyer” in Business Law in 2015 and in the same year represented the “Target” (Seller) in the 43rd largest merger and acquisition transaction in Michigan as published in Crain’s Detroit Business.

Ms. Clarkson is a former Secretary and member of the Board of Directors of The Lake House, a Gathering Place for Those Touched By Cancer, a Michigan non-profit corporation that founded a cancer support facility in St. Clair Shores, Michigan in 2011. She is a member and former Secretary and Board Director for Inforum (f/k/a the Women’s Economic Club) and is an active member of the First Baptist Church of Birmingham, where she has held a number of leadership positions. Ms. Clarkson is married to Andrew Pflaum and is the mother of two children, and resides in Grosse Pointe Woods, Michigan. 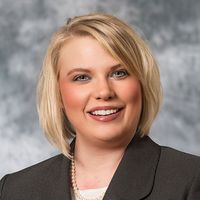 Rebecca L. Weekley is an Associate with Clarkson Law, PLLC in Grosse Pointe, Michigan. Rebecca received her Bachelor of Arts degree from the University of Michigan, in Ann Arbor, in Political Science in 2000 and her Juris Doctor from Wayne State University Law School, in Detroit, in 2004. Ms. Weekley was admitted to the State Bar of Michigan in November 2004, and is authorized to practice in the Eastern and Western Districts of Michigan, and is a member of the Litigation Section of the State Bar of Michigan.

Ms. Weekley is married to Nathaniel Weekley and they reside in Oxford, Michigan with their two children. 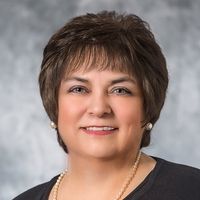 Kathy M. Pankow is a legal assistant with Clarkson Law, PLLC of Grosse Pointe, Michigan and works primarily within the fields of Business and Real Estate with attorney Sarah A. Clarkson, the founder and principal Member of Clarkson Law, PLLC. Kathy provides a wide range of support for our clients, attorneys and paralegal, and keeps the office running smoothly. Kathy is the first point of contact with the firm, and she takes that role very seriously. Each day she is motivated by the opportunity to help people, and experience new and interesting challenges.

Kathy began working in the legal profession following many years of working as the Executive Assistant to the Executive Vice President/Chief Financial Officer of a large Metro Detroit advertising agency. Kathy is married and resides with her husband in Clinton Township, Michigan. 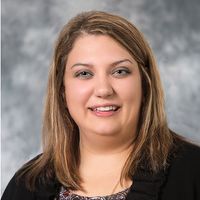 Lindsay Agrusa is the Office Administrator/Paralegal at Clarkson Law, PLLC in Grosse Pointe, Michigan. In addition to providing her support and services to our clients and attorneys, she also manages the office operations, payroll, and client billing for the firm. Lindsay received her Bachelor of Arts degree in Business Administration from Baker College in 2008.

Lindsay enjoys the fast pace of law and that is what drew her to choose a legal career path. Lindsay is married and resides with her husband in Clinton Township, Michigan.